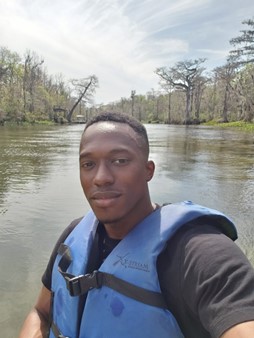 In June 2020, Jackson Powell achieved Twitter fame when a tweet he posted on #BlackInNature drew mass attention to his research on marine invertebrates conducted in various locations around the world.  The BlackInNature hashtag is one of several intended to highlight Black people working in the environmental sciences, thereby challenging stereotypes.  It has become a call to action to increase Black representation in the sciences. 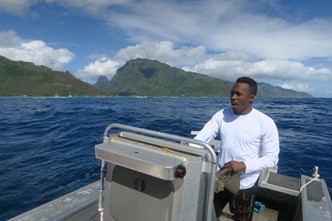 According to estimates by the U. S. Census Bureau, Black people made up 13.4% of the total U. S. population in 2019.  Further, a study by the National Science Foundation conducted in 2015 revealed that the percentage of Black people employed in Science and Engineering was 5% whereas the percentage in the Life sciences was only 2.5%.

“Marine sciences seem to be rather low in terms of representation even when compared with other STEM fields, and this percentage seems to fall even further at the graduate level and above. There are likely several factors contributing to this underrepresentation, and my disappointment in this motivates me to keep going.” 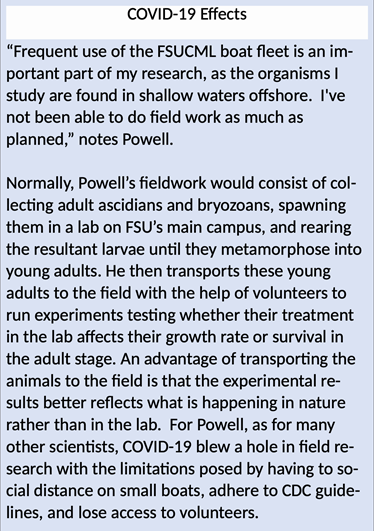 A marine biologist himself, Powell is working towards his PhD at Florida State University in the Department of Biological Science. His research investigates factors that
facilitate or hinder evolution in marine invertebrates, specifically ascidians and bryozoans. In particular, he focuses on the early life stages (embryonic and larval) of marine invertebrates with complex life cycles and how evolutionary forces acting on these life stages can affect later life stages, constraining adaptive evolution to novel or changing environments.  In doing so, he hopes to highlight the importance of considering multiple life stages when attempting to predict how populations will respond to climate change and other anthropogenic effects graduate level and above.

“My overall goal,” says Powell, “is to become an educator, and I believe that this goal can be met in several ways. However, my current aim is to teach at the college level. If I were not to be a college educator, I could see myself working in outreach.” 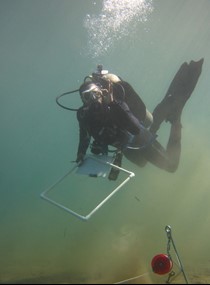 When queried about advice he would give incoming grad students, Powell said,  "Don't try to rush things.  Experiments fail, funding applications are rejected. It’s a normal part of the process and something virtually everyone experiences. These can be humbling experiences."

He provided more in an interview with the FSU Office of Graduate Fellowships & Awards:   "Just think of graduate school as an investment in yourself. It's hard, but it doesn't last forever. A career in academia or research does not have to be your focus to make your reason to pursue a graduate degree valid but if it is, be sure to pursue a degree and field of study that is necessary for achieving your life goals. Do not attend graduate school because of pressure from others, even family and friends, because you are the one that has to do the work to succeed in it. Lastly, graduate school is less about how intelligent you are, and more about your RESOLVE and GRIT. You are guaranteed to make mistakes. How you overcome the challenges and mistakes is key to finishing the degree”.

*See our article on Jasmin Graham, an FSU alumna with similar passions for increasing participation of Black women scientists in marine biology https://marinelab.fsu.edu/people/students/alums/