In the laboratory, the team hold brood stock in two temperature-controlled tanks with a semi-flow through recirculating seawater system, which allows them to feed the oysters with natural algae while controlling alternative feed inputs. To get the brood stock ready for spawning, the team brings them in from the field, and preps the tanks beforehand to match temperatures in the wild, so as to not shock the animals. Every day, they lower the tanks by 1ºC, until they reach the desired temperature. If the brood stock are ripe (reproductively mature), they lower the temperature to 72ºF degrees to preserve the gonads. If they want to build gonads, they keep the temperature around 80ºF and feed the animals about 100,000 algae cells per ml to initiate gametogenesis.

Once the oysters are ready to spawn, each one is placed in an individual container in a multi-tank array and are collectively stimulated to spawn by cycling ambient temperature and warm water (5-10°C higher than ambient) through the entire array to stimulate mass spawning. Release of the reproductive cells (egg or spawn) turns the water quite milky, with eggs appearing like granules in the water.

The reproductive cells and already fertilized eggs are filtered through a mesh screen to remove any waste and allow fertilization to continue before being transferred to large holding tanks for larval rearing in the hatchery. Within hours, they become tiny free-swimming oyster larvae with a clear shell and a ciliated appendage that is used for both swimming and feeding. On average, in 14 days they grow to become pediveligers that can use their foot to crawl along the bottom and "set" on oyster shell where they metamorphose into non-motile juveniles called "spat". After they spend some time feeding, they are ready for use in hatchery-based experiments that will help inform a biophysical model capable of forecasting larval recruitment, or for the field as part of oyster reef restoration experiments. 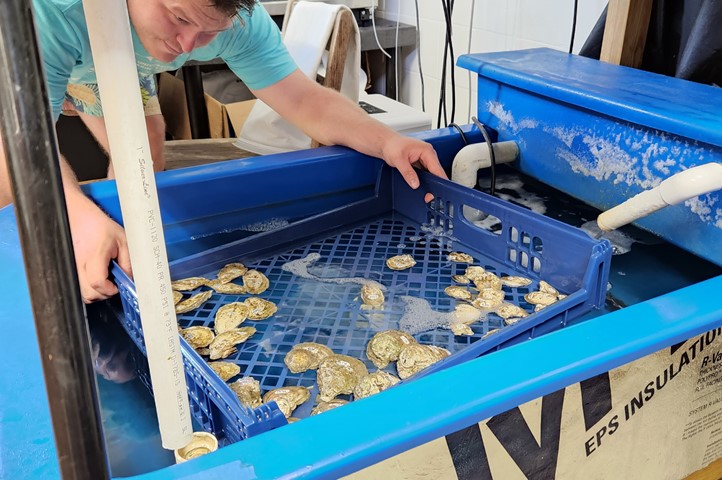 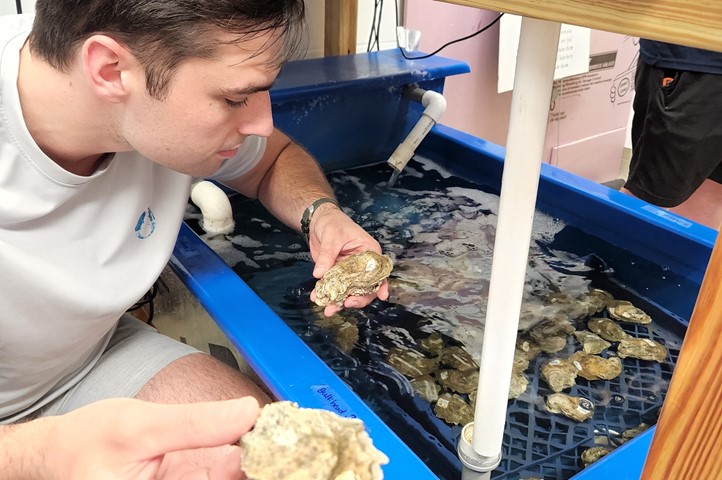 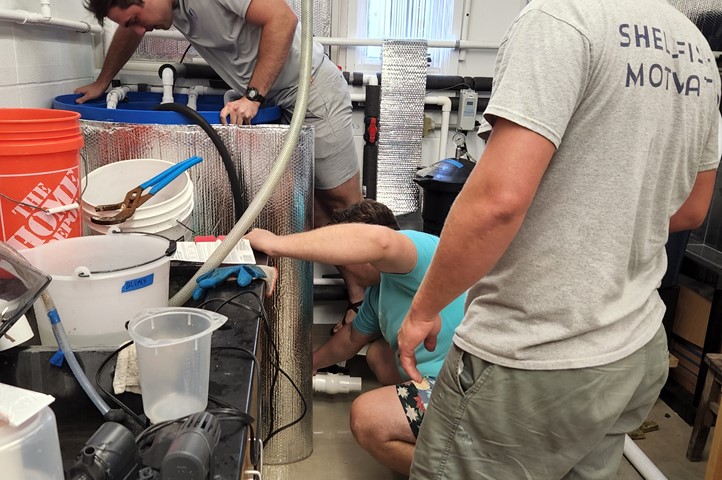