Spring is upon us and the ABSI research teams have been in full swing! Here’s a quick update on the current projects. 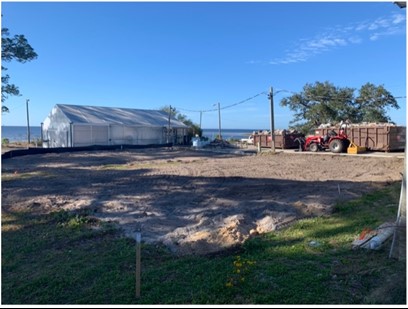 Construction of our second experimental hatchery is officially underway. Rippee Construction has torn down the remaining old greenhouses and prepped the land. The permanent hatchery will replace the temporary greenhouse hatchery FSU constructed to expedite our ABSI objectives. The new building will have greater capacity so we can start producing larger quantities of larvae and spat for research and restoration.

In a similar vein, the research team recently collected broodstock from Apalachicola Bay with the help of local oystermen, Shannon Hartsfield. These broodstock samples were collected under permitted work by the Florida Fish and Wildlife Conservation Commission. This broodstock will be used in the hopes of inducing a spawning event and allow the ABSI team to begin running experiments on the new spat.

Our research team also officially completed their exploratory subtidal sampling. This sampling will give the ABSI scientists an overview of the current spatial distribution of oysters, estimates of live versus dead specimens, and approximate shell density. 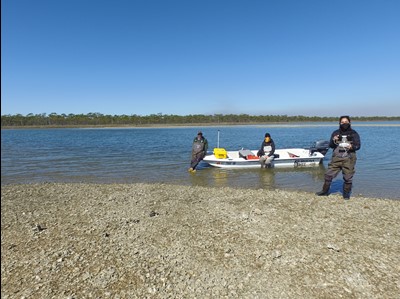 ABSI has also newly partnered with local Apalachicola oystermen to identify areas to deploy different types of substrate in an effort to test some hypotheses about oysters in the Bay. The oystermen will help deploy and monitor these areas in the hopes of identifying the most successful material for oyster reef restoration.  In addition to these material tests, the ABSI team is in its planning stages of constructing experimental devices to address issues such as oyster mortality, shell dissolution, and others. They have hope to deploy these new devices in late April, early May.