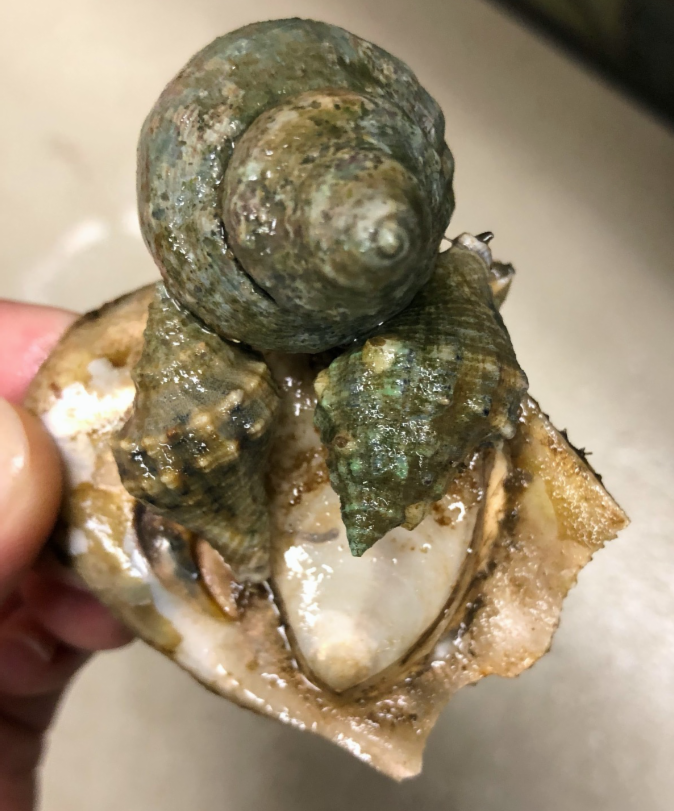 Subtidal tonging surveys have concluded, and preliminary results show more oysters (mostly juveniles) on the east side of the Bay during 2021-22 than the previous year, but fewer on the west side than in 2021. Subtidal spat traps showed spat recruitment on both the east and west sides of the Bay.

Using FWC data, Dr. Tara Stewart Merrill found that combined shell pests and disease levels appear to reduce the condition (health) of subtidal oysters. When combined with preliminary data from intertidal oysters, there is evidence that the disease impacts are less pronounced in the intertidal zone compared to the subtidal zone.

Dr. Josh Breithaupt has been looking at several questions related to biogeochemistry in the Bay. He has found that organic carbon in Apalachicola Bay sediments has been increasing since the 1960s although river flows have decreased. He is also looking at potential impacts of mangrove encroachment in the Bay and has found that oyster shells dissolve faster in mesocosms with mangrove litter in the soil. The movement of mangroves into Apalachicola Bay may therefore have impacts on intertidal oyster reefs.