Spring has sprung and now summer is halfway gone! The FSUCML is proud to recognize our three spring and summer graduates – Dr. Ethan Cissell and Master’s students Blake Hamilton and Anthony Sogluizzo. These three students have become forever ingrained in the FSUCML and we all wish them nothing but the best as they move on to their next chapters. Just be sure to come back and visit! 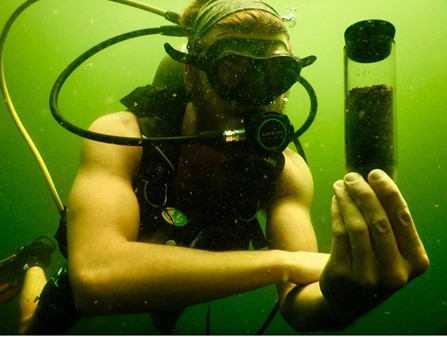 Dr. Cissell received his B.S. in Microbiology from the University of Alabama in May 2017, and began his Ph.D. pursuit at Florida State University in August 2017 (advisor, Dr. Sophie McCoy). Dr. Cissell recently and successfully defended his dissertation, “Exploring the Natural History and Trophic Ecology of Coral Reef Benthic Cyanobacterial Mats.” His topic of study integrated field and laboratory experimentation with multi-’omic (shotgun metagenomics and metatranscriptomics) and GIS techniques to holistically explore the multitrophic ecology of noxious benthic cyanobacterial mats on coral reefs. His research has revealed that top-down interactions (from fishes and viruses) likely predominate at population and community scales, and can promote community volatility. However, heterogeneity in predation pressure and spatial differences in the abundance of metabolically coupled populations contributes to spatiotemporal asynchrony in community instability, decoupling local and regional scale processes and stabilizing mat metacommunities. This suggests that mat metacommunities are, in turn, predominantly bottom-up controlled, likely driven via dispersal limitation.

His favorite memory from working at the FSUCML was undoubtedly all the dives he had the opportunity to go on with his wonderful colleagues. He loved exploring beautiful and fascinating northern Gulf sites while knowing that so few people had ever dove them before that moment.  He will be starting as a Postdoctoral Associate at The University of North Carolina at Chapel Hill Department of Biology in Fall 2022, working on a project that seeks to better understand the trophic ecology and ecophysiology of Didymosphenia geminata microbial mats (colloquially “Didymo” or “Rock Snot”) proliferating within threatened Appalachian Mountain stream ecosystems. 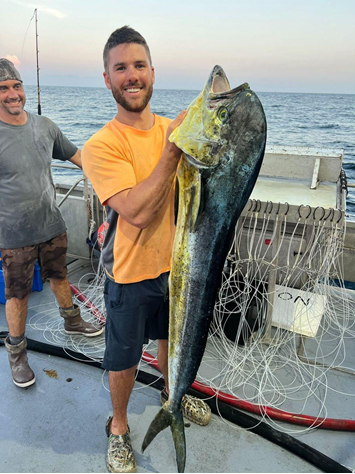 Blake graduated with his B.S. in Wildlife, Fish, and Conservation Biology from U.C. Davis in 2016 and then spent a few years working as research and lab specialist at Virginia Institute of Marine Sciences (VIMS) before settling in Florida to begin his Master’s degree pursuit (advisor, Dr. Dean Grubbs). His research focused on the ecology of fishes in the Apalachicola Bay system. The first chapter of his dissertation outlined environmental correlates of spatial variation in shark and fish distributions, while also describing the exceptional density and diversity of sharks in the system. His second chapter used stable isotopes to show that many of these shark species rely heavily on prey from the high-river influence portion of the system, especially young-of-year and juvenile sharks, suggesting the importance of river-transported nutrients to the estuary.

While a student, Blake received several awards and grants including: Save Our Seas Foundation Small Grant, Guy Harvey Ocean Foundation Scholarship, FSUCML Board of Trustees Research Grant, William R. and Lenore Mote Eminent Scholars in Marine Biology, Lou Burnett Award from Southern Association of Marine Laboratories, and a PADI Foundation Grant.  He has an incredible amount of good memories of his time spent on the water around the FSUCML, but the one that sticks out as most “unforgettable” is when he spend 2.5 hours picking 276 gafftopsail catfish from a gillnet. That was not quite the cat’s meow. Immediately following his successful defense of his Master’s thesis, Blake headed for Northern California, where he is currently working in salmon and steelhead monitoring for Sonoma Water. 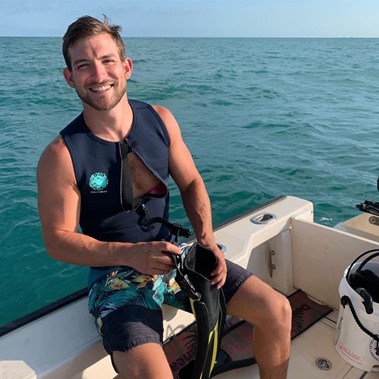 Anthony graduated with his B.S. in Geography from Florida State University and immediately began work as a technician at the FSUCML. After a year, he decided to continue his education and pursue his Master’s degree in Dr. Sandra Brooke’s lab.  His Master’s thesis, “Seasonality in Holobiont Photophysiology Across Latitude” focused on how coral algal symbionts' photosynthetic systems adapt to seasonal changes in light availability and temperature along the entirety of the Florida Gulf Coast. His findings uncovered an interesting trend off the coast of Clearwater, FL, showing lower than expected photophysiological parameters. This unusual result could be due to species differences in the area or anthropogenic effects originating onshore.  While at the FSUCML he received the FSUCML Matt Beard Memorial Excellence in Research Award. This award is given by the FSUCML, with advice from the FSU Diving Control Board to the student who best embodies all that Matt exemplified as a student of marine science and as a member of the FSU scientific diving community.

While Anthony has enough wonderful memories of the FSUCML to fill several scrapbooks, he most appreciates the friendships he made along the way as he lovingly adds, “without whom I would’ve finished much sooner.”  Anthony now works for the Florida Department of Environmental Protection (Tallahassee) on managing beach renourishment and remediation projects.