Eli Myron, one of Dr. Sandra Brooke’s undergraduate 'Honors in the Major' students, recently received a competitive and prestigious Fulbright Fellowship.  The Fulbright Program, overseen by the U.S. Department of State’s Bureau of Educational and Cultural Affairs, is devoted to increasing mutual understanding between the people of the United States and people of other countries. Further, it is the largest and most diverse international educational exchange program in the world.

“Eli is not only an excellent student, as evidenced by his academic record, he is also a genuinely kind and caring individual. Young people like Eli give me hope for the future.” – Dr. Sandra Brooke 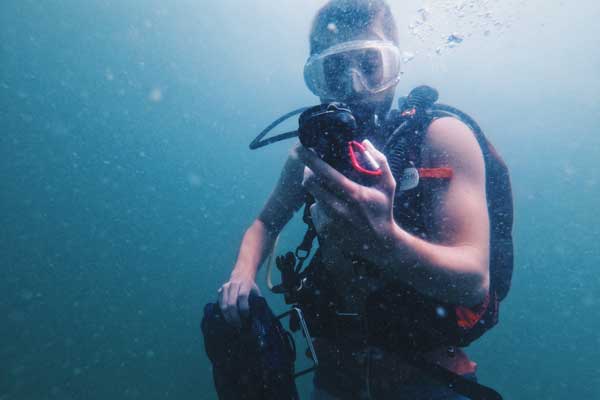 In August, Myron will be traveling to the Philippines to begin his Fulbright project – “Enhancing Philippine Reef Restoration Strategies Through 3D Reconstruction.”  His focus will be understanding the role of giant clam restocking programs on degraded reefs in the northwest region of the archipelago.  He will mainly be working on Tridacna gigas, the largest species of giant clams. Below he offers a brief summary of his project strategy:

“For the first part of my project,” says Myron, “I will partner with the Institute for Marine Research (IMR) in Dauin (in the province of Negros Oriental, Philippines) to learn 3D modeling and species identification techniques used on reefs in this region. I will also be assisting IMR with their outreach efforts in the local community.”  To learn more about giant clams, check out this informative, short video created by the University of the Philippines.

“For the second part of my project, I will partner with Dr. Patrick Cabaitan, my supervisor at the University of the Philippines Marine Science Institute in Bolinao, a town in the province of Pangasinan, Phillipines. Dr. Cabaitan  is part of the giant clam restocking program there and I will be using 3D modeling to understand how these programs influence degraded reefs in the nearby Caniogan Marine Sanctuary within the Bolinao reef system. I will also assist Dr. Cabaitan with his ongoing community education project in local schools around Manila and Bolinao to teach the importance of giant clam restocking programs. For the remainder of my Fulbright project, I will be moving between the University of the Philippines in the capital (Manila), and the Marine Science Institute in the north (Bolinao) to analyze these data and continue outreach programs with the labs.”

All of us at FSUCML are so proud of his incredible accomplishment, and we can’t wait to hear about his research progress over the summer.