A couple months ago, Captain Matt Edwards and small boat technician Lance Crum took FSUCML’s Research Vessel (R/V) on the Intracoastal Waterway to Miller Marine in Panama City to undergo its biannual hull inspection, cleaning, and maintenance. From fresh paint to cleaning sea valves to fixing broken toilets, the R/V received an overhaul in all aspects of the ship! Check out the pictures below to learn more. 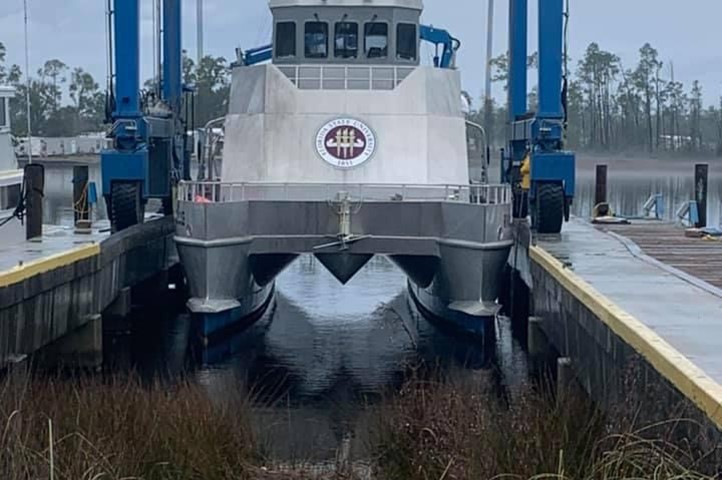 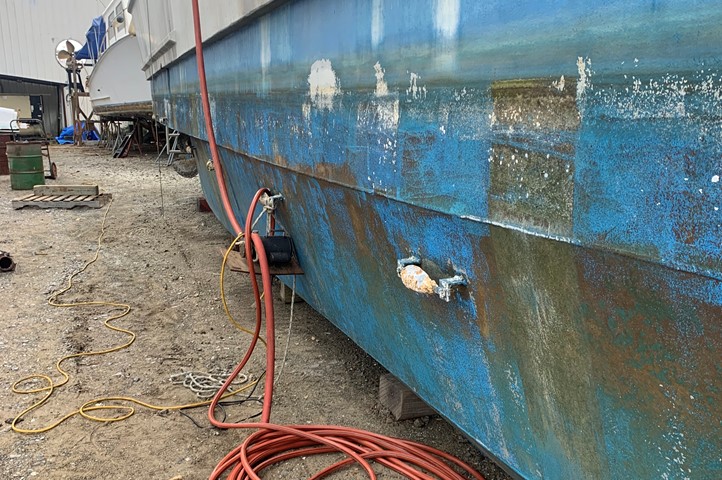 Before cleaning: one of the R/V's sides 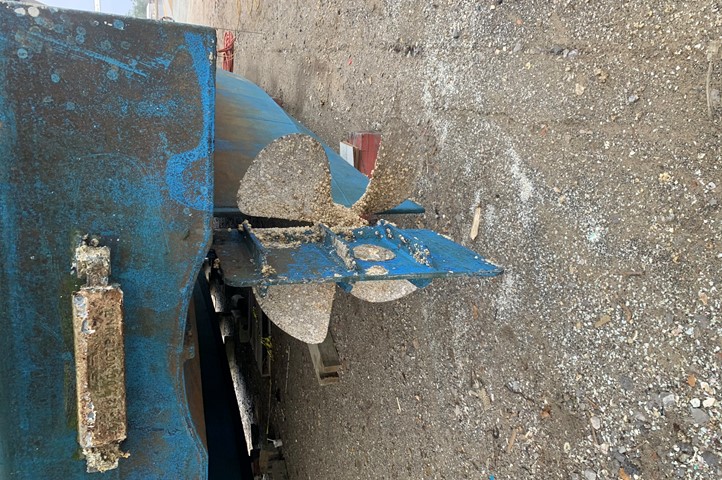 Prop is full of barnacles

Above, the Apalachee has been pulled out the water and is officially ready to undergo its maintenance. Check out the grime and barnacles on the prop and side.

One of the first major cleaning and replacement tasks was that of the Zinc anodes.  The R/V has a total of 40 Zinc anodes on the hull, one on each rudder, and one on each shaft just before the prop. These sacrificial anodes are made of zinc which helps protect the aluminum hull against electrolysis by having the zinc be eaten away rather than the aluminum.

The R/V’s sea valves, which are used for bringing water into the boat to cool the engines, generators, and A/C systems, were taken apart and cleaned. During the cleaning process, the crew stumbled upon oysters growing inside! 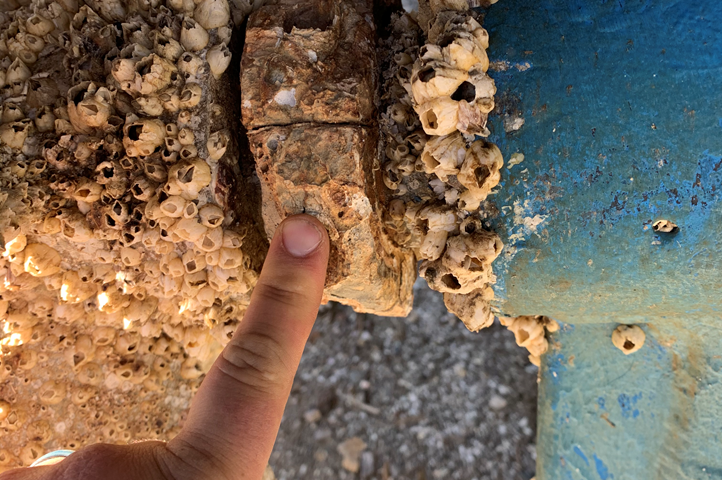 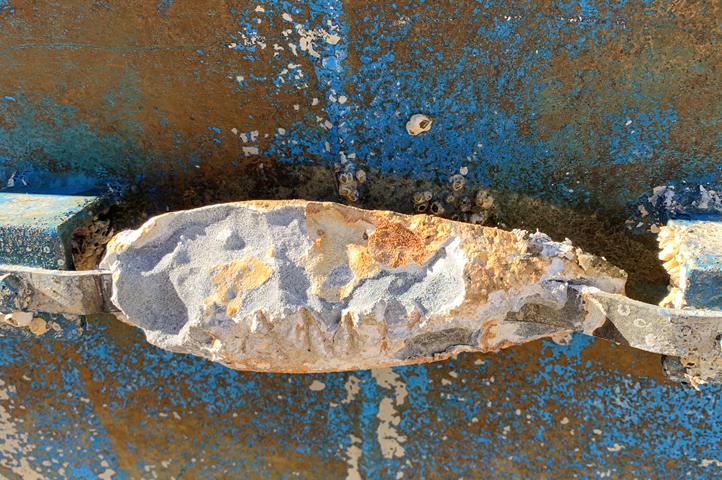 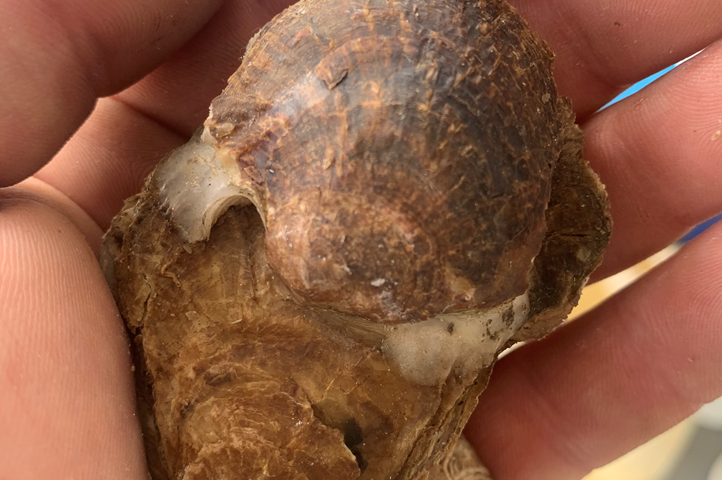 One of the next biggest cleanings occurred in the two 1,122-gallon Diesel fuel tanks. In the below left picture, you can see the tanks are covered in diesel fuel algae. Diesel is supposed to be red, not black, so it’s clear that this cleaning has been a long time coming! Unfortunately, we couldn’t take any “after” pictures because the crew sealed the tanks after the cleaning in order to protect against any further grime. After cleaning and inspecting the hull, the bottom was painted a clean, matte black. It almost looks like a different boat! 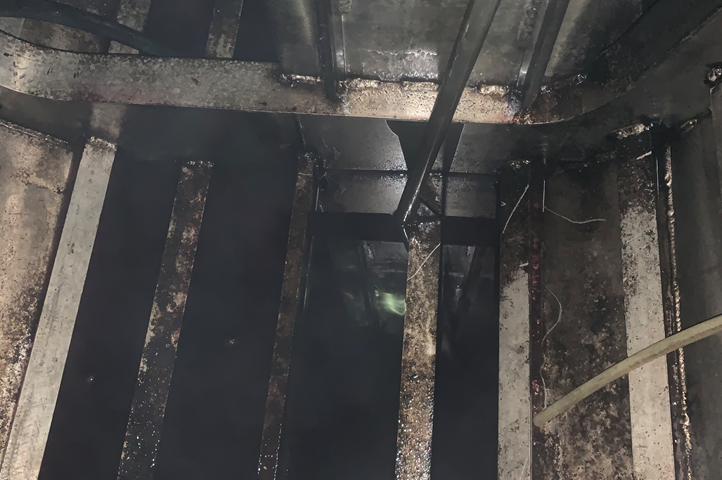 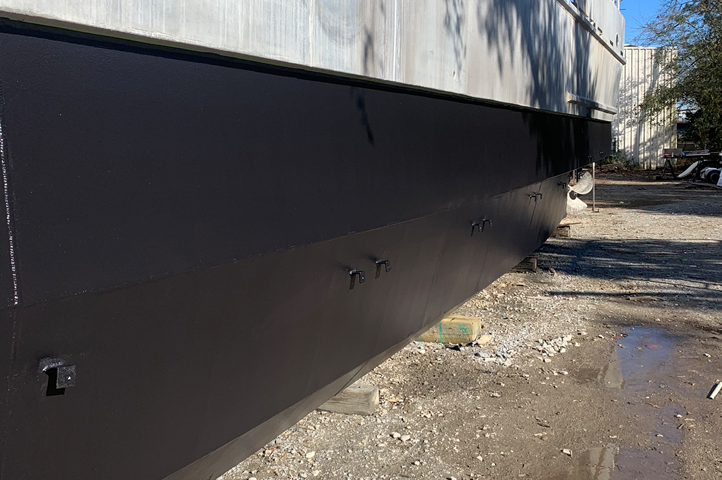 Freshly painted side of the R/V

Next up was re-painting the name of the R/V Apalachee. From months of enduring sea salt, wind, and sun, the letters had begun to fade and scratch off. Instead of trying to repaint over the same letters, the crew decided to start with a clean slate and stencil in the name from scratch. 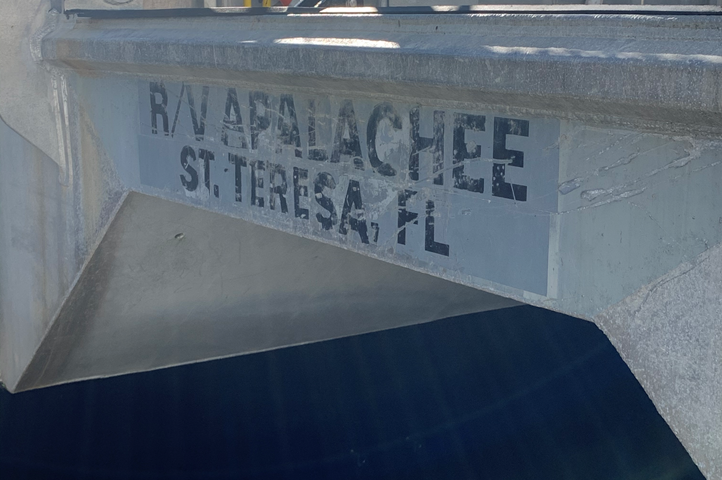 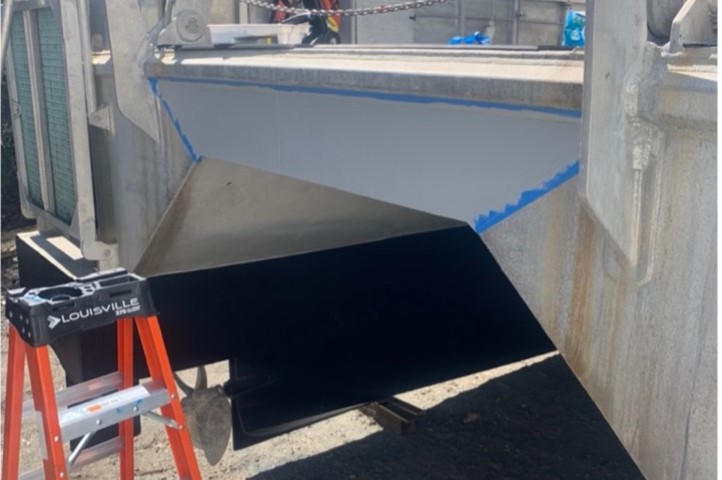 A blank slate to repaint 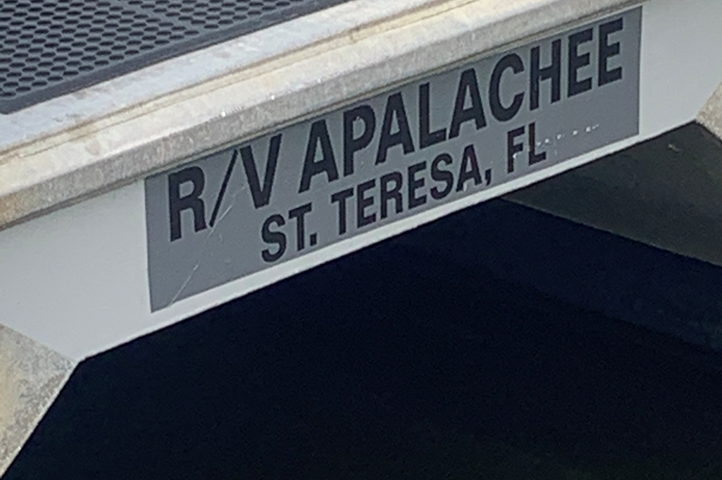 Finally, after four weeks of passing inspections and undergoing maintenance and repairs, the R/V Apalachee is officially ready for the sea! Look at the brand-new Zincs on the hull, compared to the old ones. It’s quite a stark difference!  A huge thank you to Miller Marine for helping us get the R/V Apalachee to its original grandeur and ready for a year of new cruises. 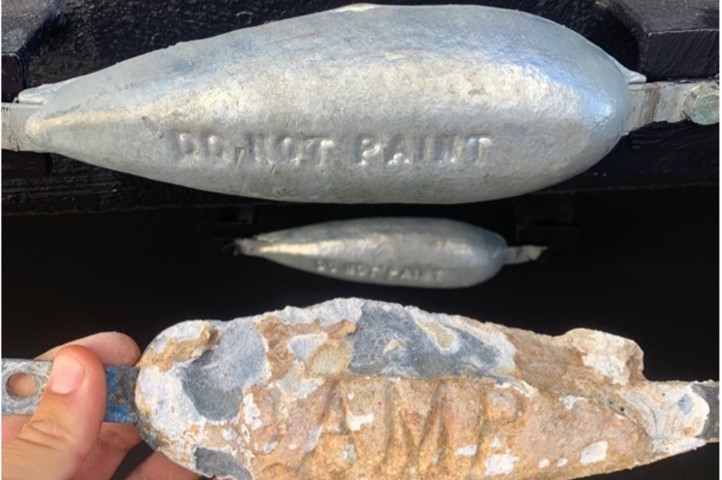 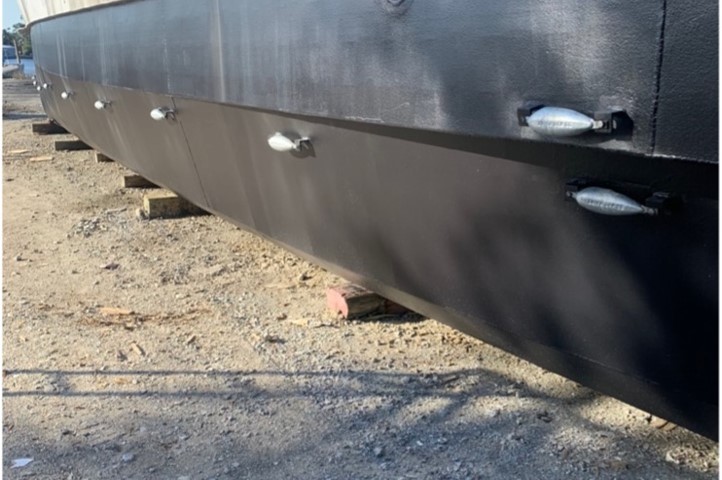 Fresh paint and anodes on the side of the boat 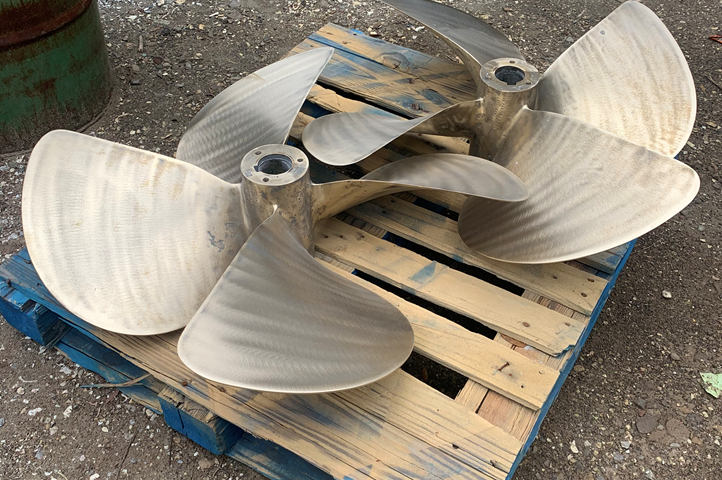